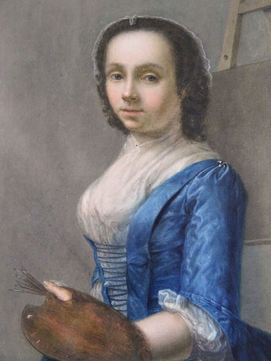 Elisabeth usually painted domestic scenes, in which members of her family were portrayed more than once. She was quite succesful, however she did not sell many of her works. It seems many of her works were not attributed to her after her death. Over time, she was slowly forgotten, until there was a renewed interest in her work in the second half of the 20th century. Her work was on display, next to that of her father, in the exhibition "De Zilveren Eeuw in Groningen" ["The Silver Age in Groningen"] at the Groninger Museum in 2006-2007. In 2010, an until then unknown painting was discovered and bought by the Groninger museum; this makes the total number of paintings attributed to Elisabeth to 16, of which 10 are in the collection of the Groninger Museum and 1 in the Rijksmuseum in Amsterdam.

Elisabeths' work is highly detailed; because of her delicate and accurate manner of painting, her paintings give a very clear image of clothing and interiors in the town of Groningen during the 18th century.

Her portrait of a washerwoman (dated around 1751), which has a dominant place on our website, was the inspiration for the historical portrayal of Jolijn Geerdink. Thus the name Wassenbergh was chosen for our society.